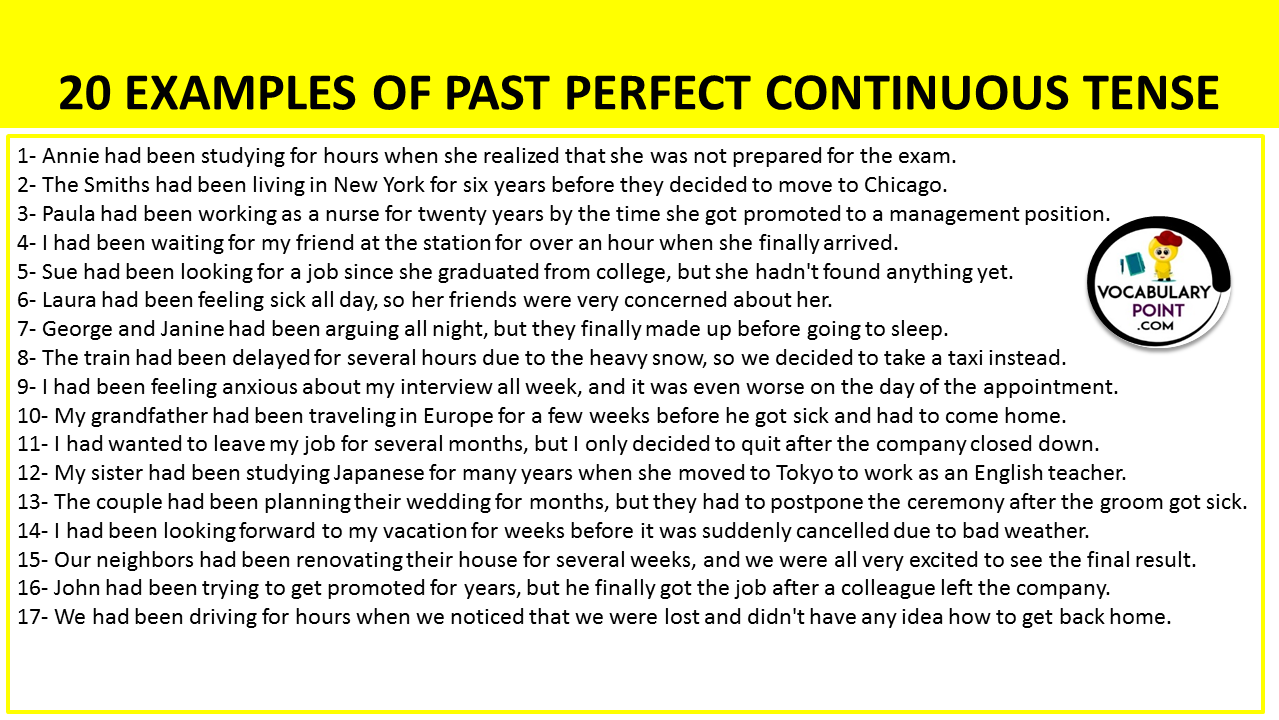 20 EXAMPLES OF PAST PERFECT CONTINUOUS TENSE. The past perfect continuous tense is used to describe an action that began in the past and continued up until another point in the past. Here are some examples:

Learn About: 20 EXAMPLES OF PAST PERFECT TENSE

20 EXAMPLES OF PAST PERFECT CONTINUOUS TENSE 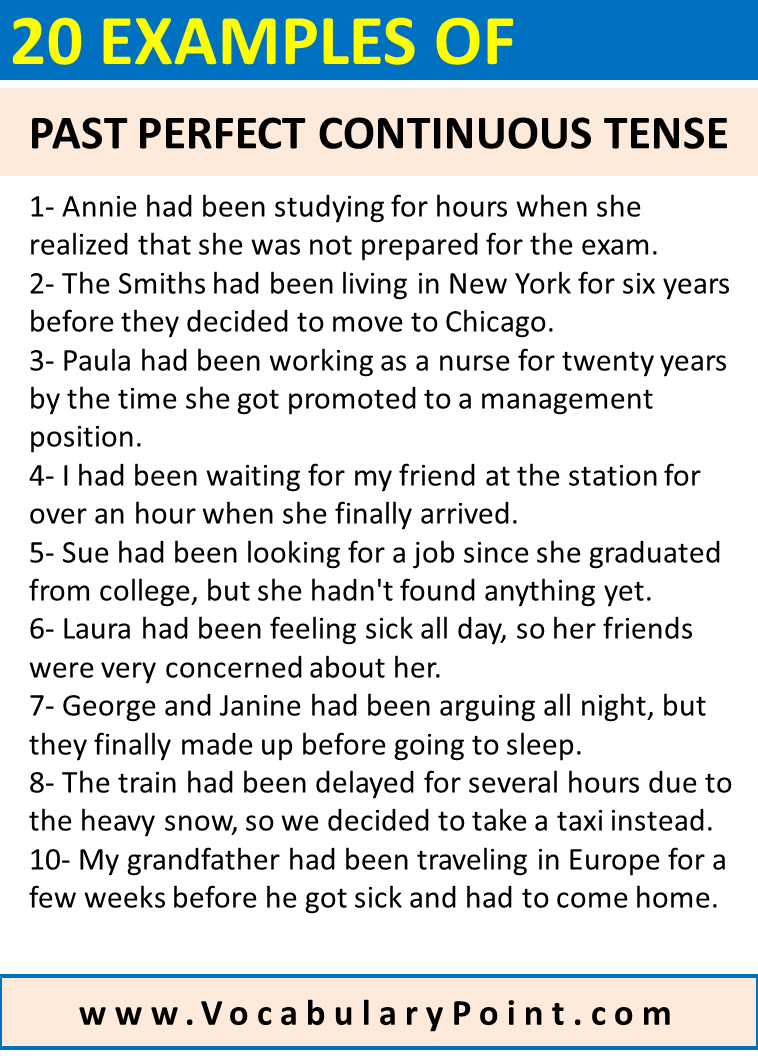 1- Annie had been studying for hours when she realized that she was not prepared for the exam.

2- The Smiths had been living in New York for six years before they decided to move to Chicago.

3- Paula had been working as a nurse for twenty years by the time she got promoted to a management position.

4- I had been waiting for my friend at the station for over an hour when she finally arrived.

5- Sue had been looking for a job since she graduated from college, but she hadn’t found anything yet.

6- Laura had been feeling sick all day, so her friends were very concerned about her.

7- George and Janine had been arguing all night, but they finally made up before going to sleep.

8- The train had been delayed for several hours due to the heavy snow, so we decided to take a taxi instead.

9- I had been feeling anxious about my interview all week, and it was even worse on the day of the appointment.

10- My grandfather had been traveling in Europe for a few weeks before he got sick and had to come home.

11- I had wanted to leave my job for several months, but I only decided to quit after the company closed down.

12- My sister had been studying Japanese for many years when she moved to Tokyo to work as an English teacher.

13- The couple had been planning their wedding for months, but they had to postpone the ceremony after the groom got sick.

14- I had been looking forward to my vacation for weeks before it was suddenly cancelled due to bad weather.

15- Our neighbors had been renovating their house for several weeks, and we were all very excited to see the final result.

16- John had been trying to get promoted for years, but he finally got the job after a colleague left the company.

17- We had been driving for hours when we noticed that we were lost and didn’t have any idea how to get back home.

18- The politician had been giving speeches for years and was finally elected to serve as a member of parliament.

19- The band had been touring for several months when their lead singer broke his leg and was unable to perform for several weeks.

20- It had been raining heavily all day, so we decided to stay inside our house until the storm passed.