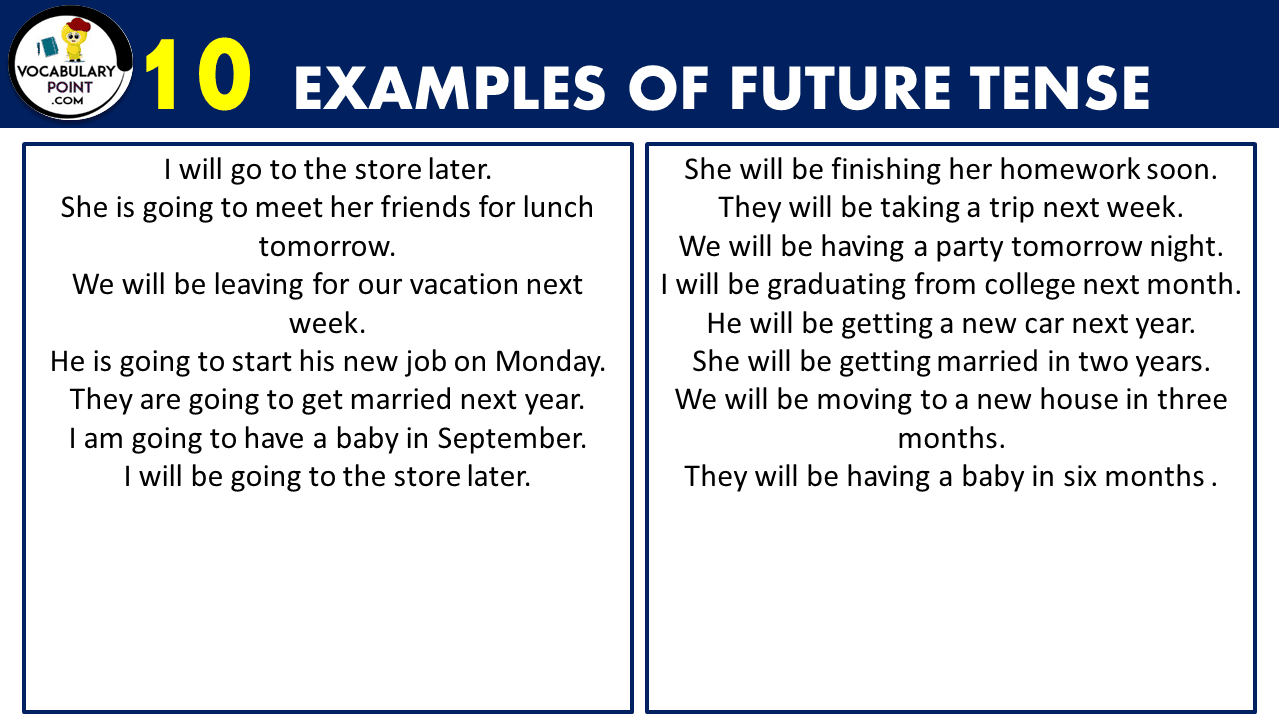 10 Examples of Future Tense. Future tense is used to describe actions that will take place at a later time. It is often used in conjunction with other tenses, such as the present tense, to indicate whether an action is expected to occur or not. There are many different ways to form future tense, depending on the language you are speaking. In English, for example, you can use will, shall, going to, or present continuous. 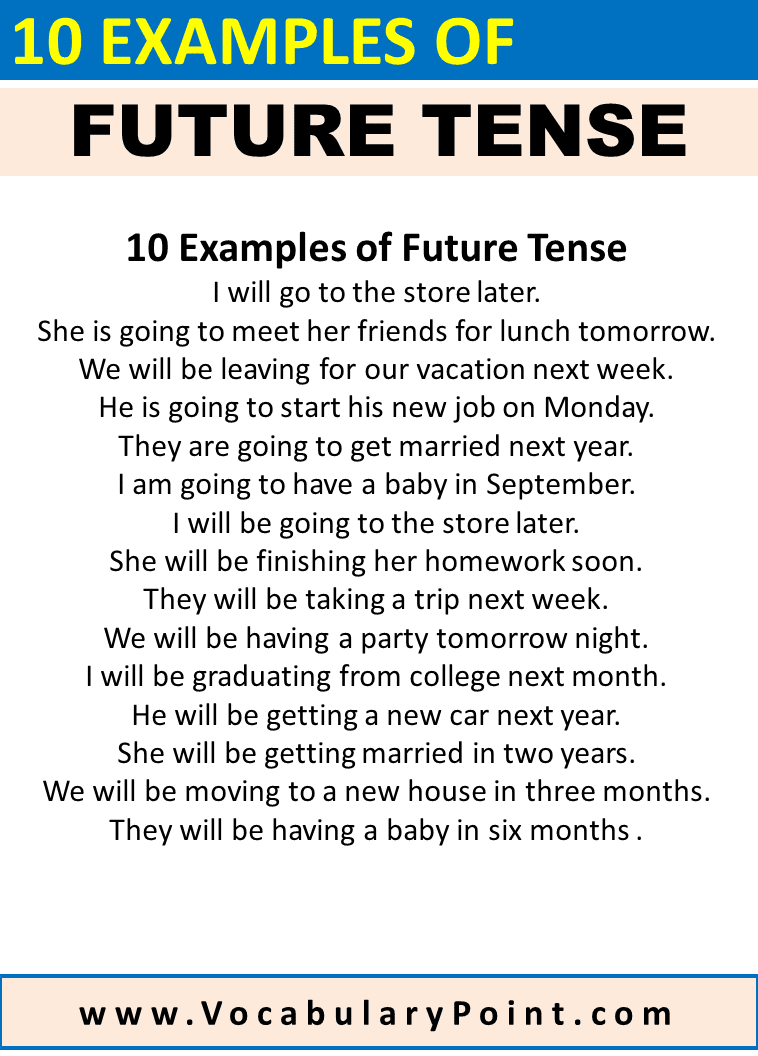