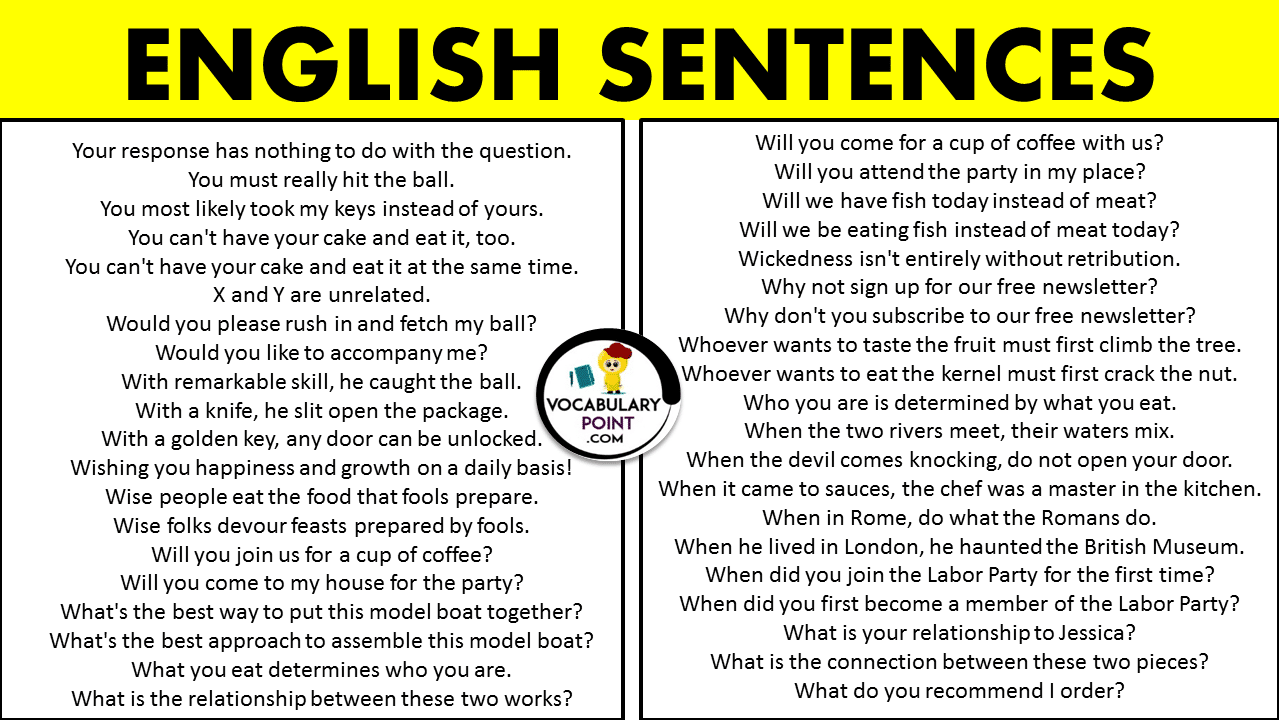 I always try to avoid getting into an argument with my brother.

2- There are so many different opinions about this issue, and it can be difficult to come to a consensus.

3- Whenever I have a problem, I usually turn to my family for support and advice.

4-   I find it difficult to stay focused when my mind is occupied with worry or anxiety.

5- Sometimes, we just have to let go of our anger and resentment in order to move forward in life.

6- I always try to keep an open mind about different ideas and perspectives, no matter how strongly I may believe in my own views.

7- It can be challenging to stay positive and optimistic when things seem bleak or unhappy, but it’s important to persevere.

9- “Good morning!” – This is a common English sentence used to greet someone in the morning, typically at the start of a workday.

10- “How are you doing today?” – This English sentence is often used as a greeting or as a way to make small talk with someone. 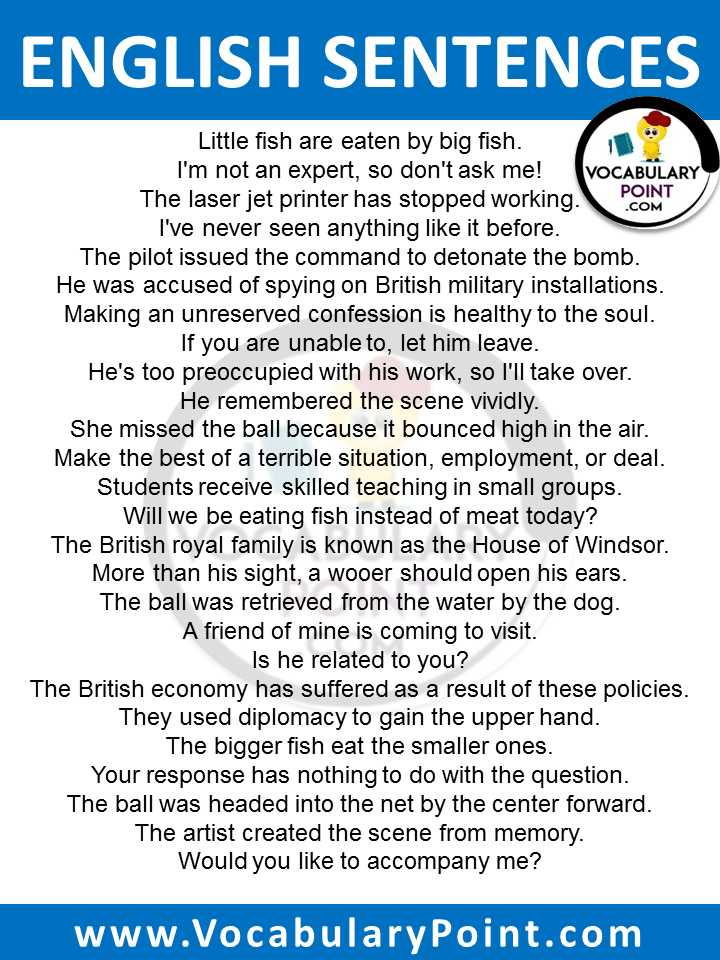 You can download English sentences used in daily life pdf