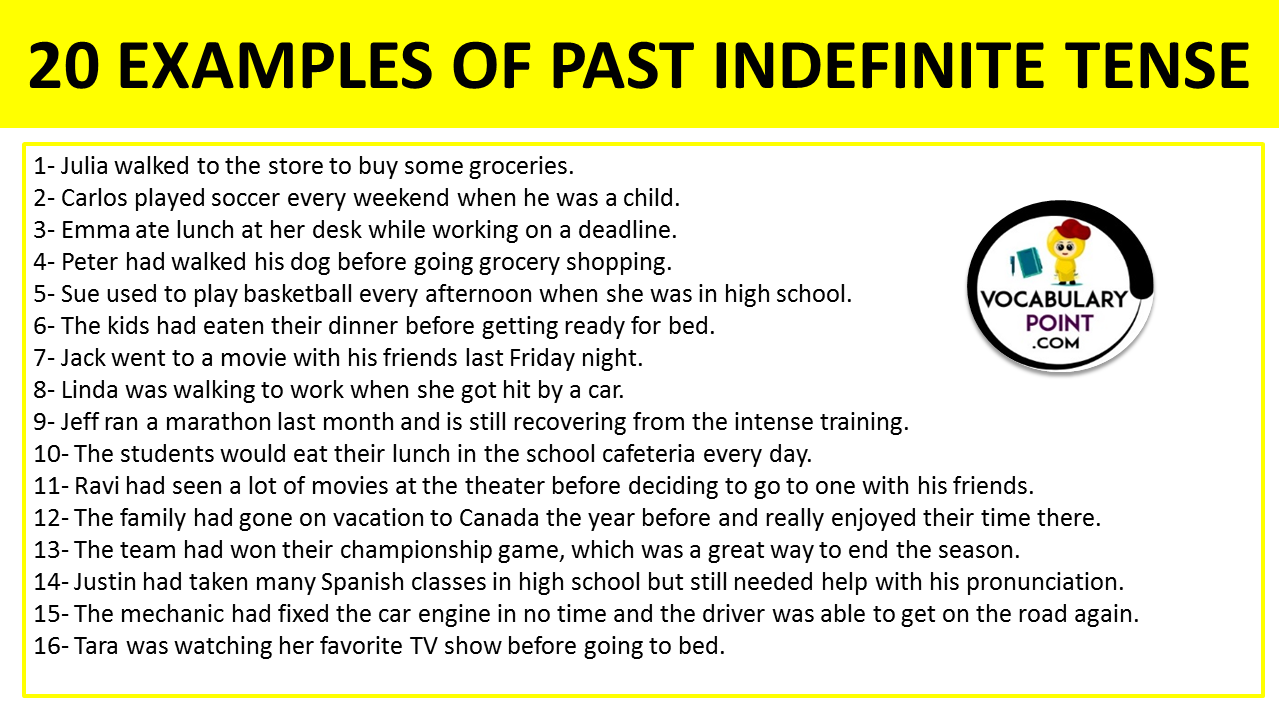 20 EXAMPLES OF PAST INDEFINITE TENSE. The past indefinite tense is used to talk about finished past actions that happened at a specific time.

20 EXAMPLES OF PAST INDEFINITE TENSE 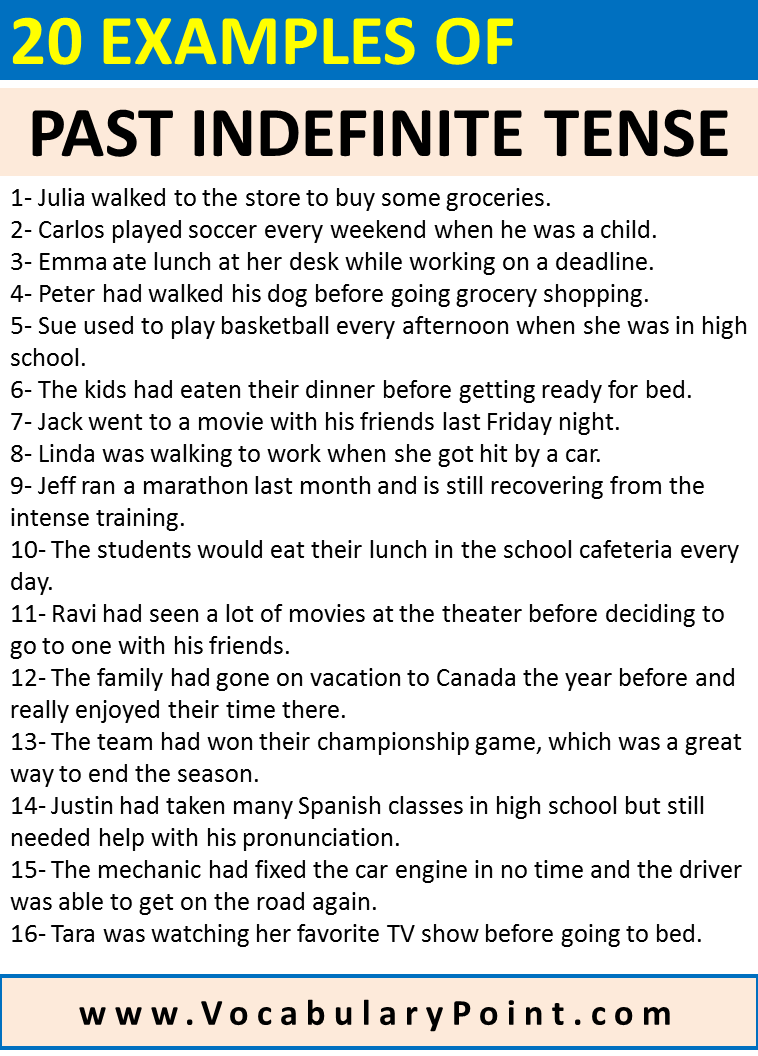 1- Julia walked to the store to buy some groceries.

2- Carlos played soccer every weekend when he was a child.

3- Emma ate lunch at her desk while working on a deadline.

4- Peter had walked his dog before going grocery shopping.

5- Sue used to play basketball every afternoon when she was in high school.

6- The kids had eaten their dinner before getting ready for bed.

7- Jack went to a movie with his friends last Friday night.

8- Linda was walking to work when she got hit by a car.

9- Jeff ran a marathon last month and is still recovering from the intense training.

10- The students would eat their lunch in the school cafeteria every day.

11- Ravi had seen a lot of movies at the theater before deciding to go to one with his friends.

12- The family had gone on vacation to Canada the year before and really enjoyed their time there.

13- The team had won their championship game, which was a great way to end the season.

14- Justin had taken many Spanish classes in high school but still needed help with his pronunciation.

15- The mechanic had fixed the car engine in no time and the driver was able to get on the road again.

16- Tara was watching her favorite TV show before going to bed.

17- John ran a half marathon last weekend and is still feeling sore from all of the exercise.

18- Janet had been working on a big project at work for over a month and finally submitted it to her boss.

19- The teacher had graded all of the students’ exams, which was a big relief for everyone involved.

20- Astrid knew that she would have to work hard if she wanted to get into her dream college.