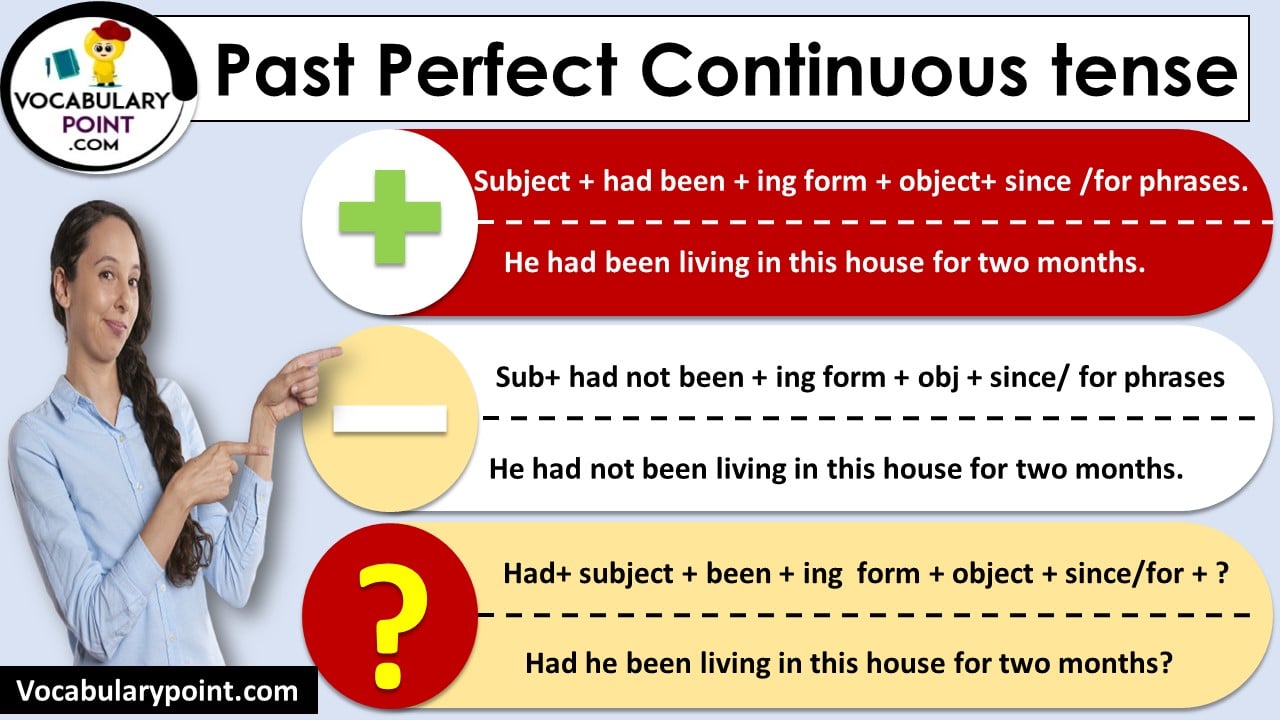 Past perfect continuous tense examples, sentences and formation. Positive, negative and interrogative sentences are explained with examples. You can download PDF of this lesson.

Subject + had been + ing form of verb + object+ since /for phrases.

She had been drinking milk out the carton when mom walked into the drawing room.

I had been working at the company for five years when I got the promotion.

The program that was terminated had been working well since 1943.

Subject + had been + ing form of verb + object+ since /for phrases.

In the making of negative sentences we use not after (had) and before been.

In the formation of interrogative sentences after had we put been and not and last? Question mark.

You can DOWNLOAD PDF of past perfect continuous tense.