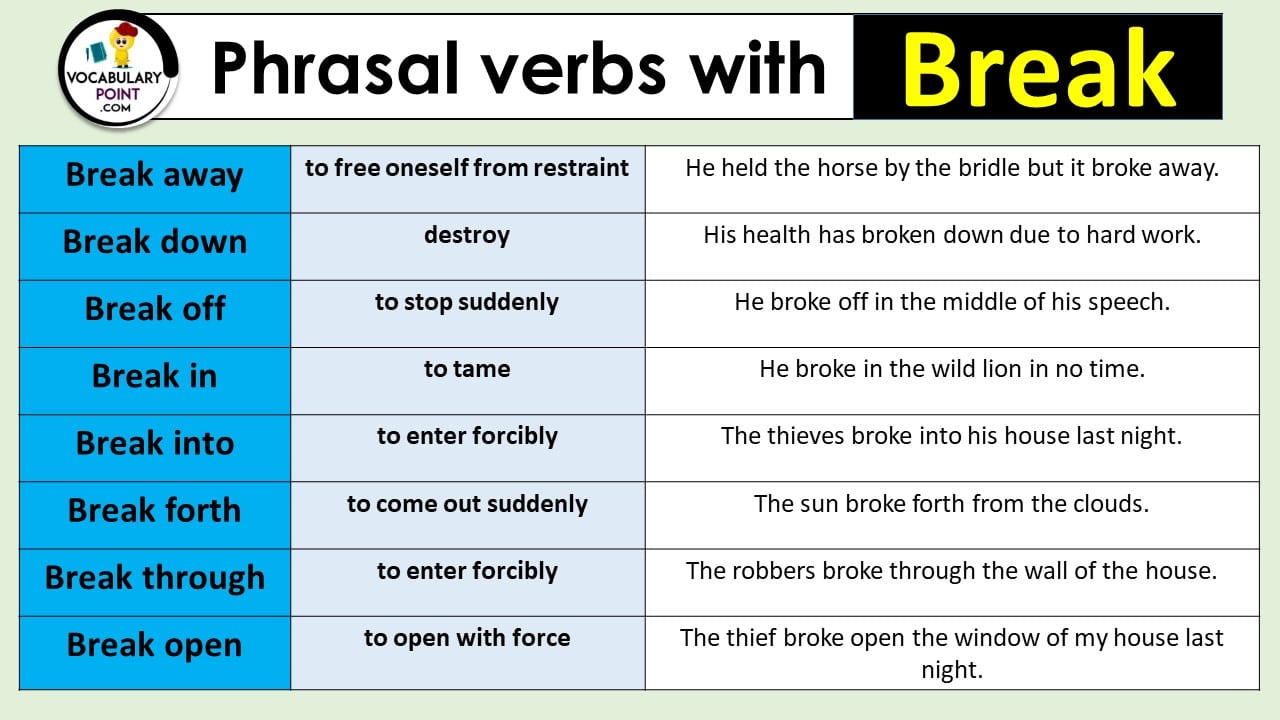 Phrasal verbs with break! break away, break down, break off, break in, break into, break forth, break up, break through, break at, break open. Here is the list of all most common and conversational phrasal verbs starting with break. You can Download PDF of this lesson.

to free oneself from restraint

He held the horse by the bridle but it broke away.

His health has broken down due to hard work.

The car broke down on the way.

He broke off in the middle of his speech.

He broke in the wild lion in no time.

The thieves broke into his house last night.

to come out suddenly

The sun broke forth from the clouds.

The robbers broke through the wall of the house.

The meeting broke up in a great confusion.

Divorce breaks up a lot of families.

He broke with his sincere friend without any reason.

to open with force.

The thief broke open the window of my house last night.

Cholera has broken out in the city now-a-days.

He broke at his previous record in cricket.

to interrupt by a sudden and unexpected appear

The police broke in upon the robbers in a lonely place.

You can DOWNLOAD PDF of the phrasal verbs starting with break.